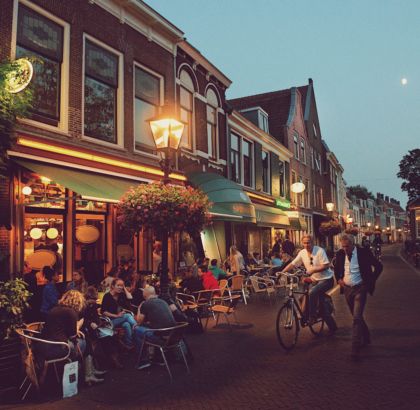 Since the opening of Springhaver in 1978, the cinema has become an atmospheric arthouse cinema in the city centre of Utrecht, with the style of old Hollywood. The programme includes the latest quality films, ranging from European arthouse to qualitative Hollywood productions. The Springhaver café is a popular place for a cup of coffee, lunch, drinks or dinner.

In 1977 Jos Stelling decided to expand his activities by starting a film theatre, because the Tuschinski concern showed that Utrecht needed an arthouse cinema as well. With the support of Tuschinski, the first screening was organised on Thursday, February 16, 1978 in a completely renovated “ruin” on the Springweg. It was a success. In the early years, 50,000 tickets were sold each year. However, this number declined along with national cinema visits. The initiative expanded five years later with the purchase of the café next door. The café was restored to its original state and became an integral part of “a night out in Springhaver”.