In 1977 Jos Stelling decided to expand his activities by starting a film theatre, because the Tuschinski concern showed that Utrecht needed an arthouse cinema as well.

With the support of Tuschinski, the first screening was organised on Thursday, February 16, 1978 in a completely renovated “ruin” on the Springweg. It was a success. In the early years, 50,000 tickets were sold each year. However, this number declined along with national cinema visits.

The initiative expanded five years later with the purchase of the café next door. The café was restored to its original state and became an integral part of “a night out in Springhaver”.

However, in between the café and the cinema was a small but noisy machine factory. The factory went bankrupt and Springhaver 2 was opened on Thursday 2 May 1985. It was a success and the initial decline in visitor numbers came to a stop.

When the new foyer was opened in 1989, the various parts of the buildings were connected to each other and it was possible to walk from the back of the café to the cinema and vice versa.

As of September 1, 1995, the foyer has been expanded with a salad bar, which was replaced on May 1, 1998 by an extensive kitchen. Since then, it is possible to eat in both the café and the foyer.

The existence Springhaver was threatened at the beginning of the year 2000 by the announcement of an initiative supported by the municipality to set up an Art-plex in Utrecht. The intention was that Springhaver would become part of this Art-plex, which meant Springhaver would be unable to continue in the current form. This was the reason for the purchase and furnishing of an own Artplex adding an arthouse cinema in the former Tolsteeg police station. The Louis Hartlooper Complex was opened in 2004 and Springhaver was able to continue the way it was. Springhaver has been rated one of the three best and most authentic cafés in Utrecht, according to Horeca Nederland. 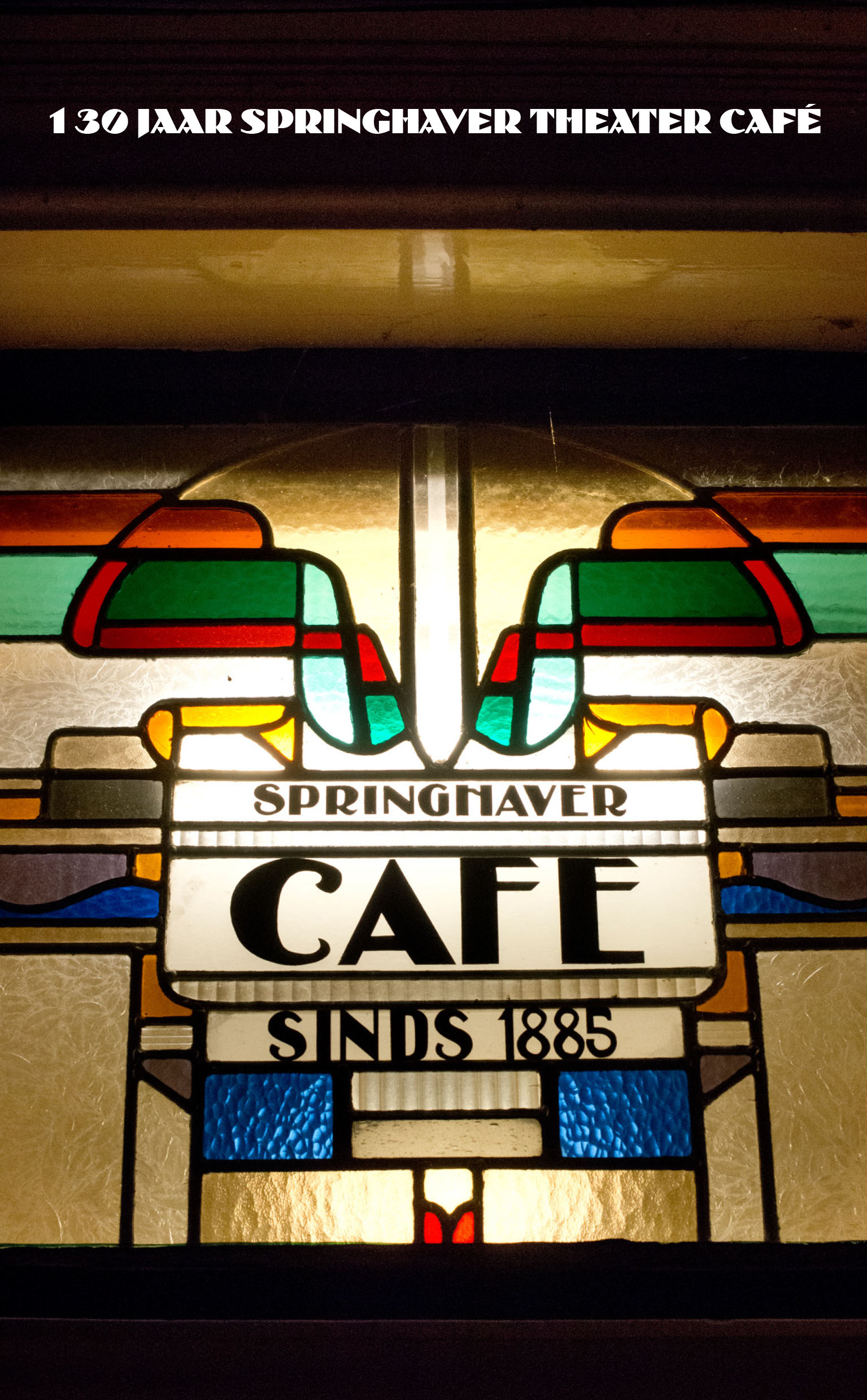