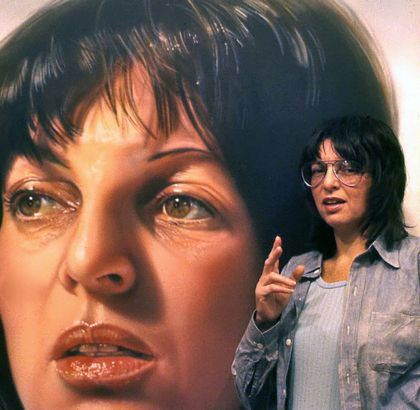 At 88 years-old, Audrey Flack holds a unique place in the history of contemporary art in America. She has been a trailblazer, from her early days as an Abstract Expressionist in the 50’s, to her successful career as the sole female Photorealist in the 70’s, to her monumental public sculptures of recent decades.

Queen of Hearts follows Flack as she takes her work in a brand new direction and reveals her long-term struggles as the mother of child with autism.

Flack has something deep and genuine to communicate to the world as an artist, a teacher, a woman and a mother. She is a provocateur and a rebel, an example and an inspiration. Queen of Hearts is a moving portrait of an artist who is still testing, still experimenting, still searching.

“Art is a calling. Artists are not discovered in school. Artists do not just paint for themselves and they don’t simply paint for an audience. They paint because they have to. There is something within the artist that has to be expressed. Every creation reveals something more about the universe and about the artist.” – Audrey Flack

“…a wonderful portrait of a move and shaker in the art world, who is also one hell of a grand lady.” – Unseen Films

“What’s refreshing about Deborah Shaffer and Rachel Reichman‘s look is how intimate and personal it feels, grounding a remarkable woman in a very personable and extraordinary light…This is what art is for, creating a kind of symbiosis between creator and audience.” – Film Inquiry

“…she has been an incredible photorealist, armed with a convincing spray brush. Now, the artist finally gets her due in this documentary.” – Forbes